Bill is a North Country native who was born and raised in Canton. He graduated from the U.S. Air Force Academy and went on to fly C-5 transport aircraft in support of numerous military operations and contingencies worldwide. He then left active duty to become an airline pilot with Delta Air Lines and to continue flying the C-5 with the New York Air National Guard where he served until his retirement as a Lieutenant Colonel. Bill is a decorated veteran of Operations Desert Calm, Provide Comfort, Enduring Freedom (Afghanistan) and Iraqi Freedom. Bill continues to fly as a Captain with Delta Air Lines based out of their New York City hub.

While flying for Delta Air Lines and the NY Air National Guard, Bill attended law school at Widener School of Law in Harrisburg, Pennsylvania where he received his Juris Doctor, cum laude, in December of 2007. Bill was admitted to practice in Pennsylvania in 2008 and joined an Allentown law firm which specialized in real estate development and municipal law. In 2009, Bill was admitted to practice in New York State. He subsequently returned to the North Country in 2013 and joined Silver & Collins as Of Counsel. He currently handles real estate transactions, municipal matters, estate planning and probate administration as well as general litigation matters. 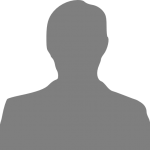